Sheepskins are draped over chairs outside a cafe to keep the chill from customers.

The cannonball in the wall of Bergen Cathedral dates from a battle between the English and Dutch in 1665.

Even rundown areas are picturesque with their kerbs of stones.

The Hanseatic Museum is part of UNESCO-listed Bryggen Harbour. With its wooden construction and idiosyncratic rooms (eg beds in the walls), it is informative and delightful. It was once the office around which 2000 men worked, segregated from the rest of the city by fences and their own rules and regulations. The word Hanseatic lives on in Bergen’s Hansa brewery.

Scales with some of the region’s famous dried fish.

Statues of city fathers (city mothers, much less so) and general art works plus sculptures abound. 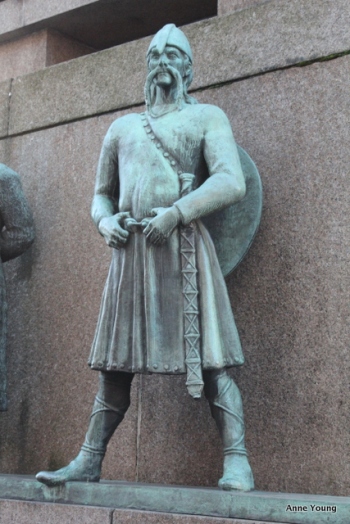 There are a number of galleries. I visited the Kode which is spread across four buildings. The Norwegian gallery is superb. A number of influential artists are featured, as is Edward Munch. It is informative and deeply pleasurable to have such a volume of work in one place that one can trace the development of an artist and individual pieces. (It’s rather like following a blog where one witnesses not only the changes in a person’s personal life but the changes in their photography and writing.) A special Munch treat is a preparatory drawing of the face in The Scream.

Even the manhole covers contribute to the artistry of the city. 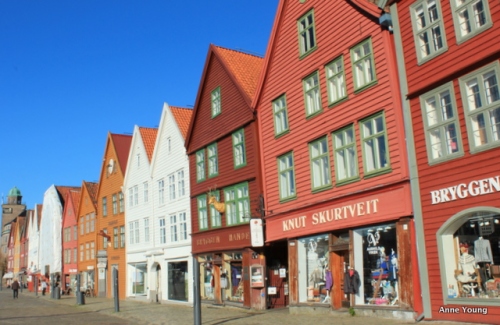 An alleyway between Bryggen buildings.

… but I loved the quaint wooden houses on the hill behind.

Bergen has been subjected to many fires since it became a city in 1170. There were several large ones in the 1900s. Unfortunately, these fairytale-like houses with their jumble of narrow walkways and steps are now confined to the area near the funicular. 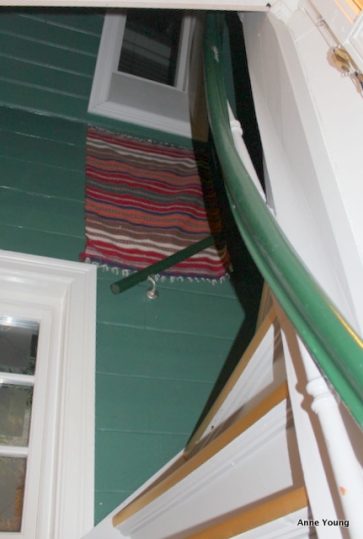 The stairs are so steep the bannisters are vertical. 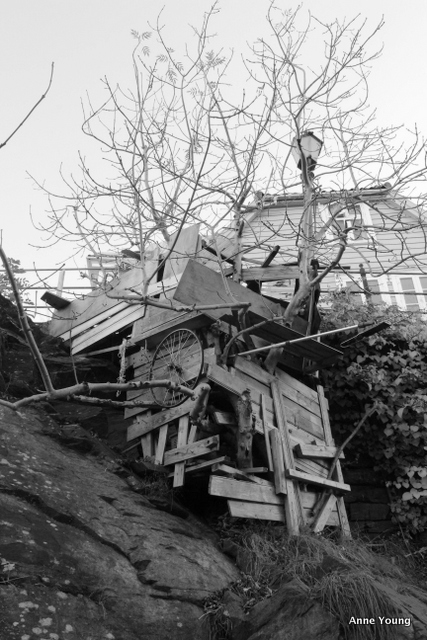 A cubby house built on the rocky slope between residential roads. 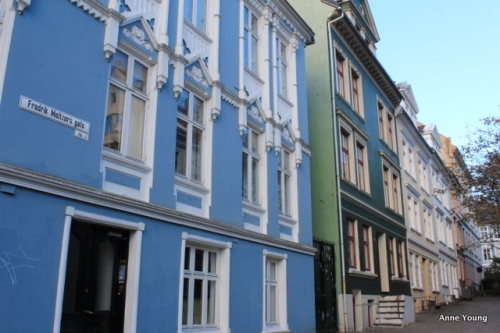 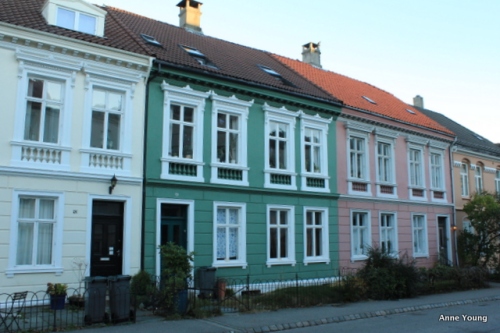 This was taken at about 10am. 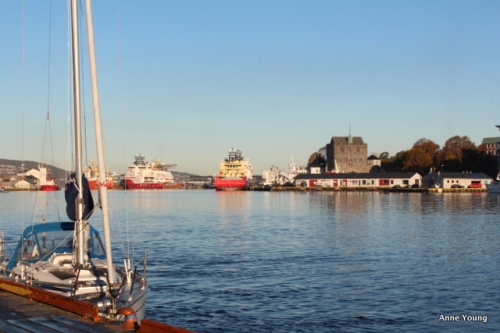 Even the fast food vans are charming.

Faded elegance in the heart of the city.

Frost lingers in the city centre at mid-morning. 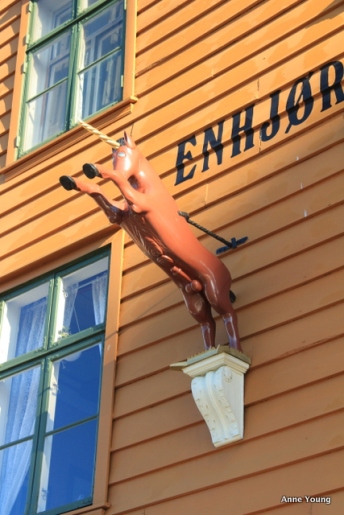 An anatomically correct unicorn in Bryggen.

Tagged history, Norway, old city, street art, travel, what to do in Bergen, where to eat in Bergen