Stumbling Upon a Country

I created our route south through Belgium based on the ‘prettiness’ ratings villages had received online. I expected (as its neighbour Germany) flowerboxes, profuse gardens around handkerchief lawns, paned windows with functional shutters and verdant verges.

The villages were almost the anti-thesis of that. There’s nothing like stretches of asphalt and stones around houses to impart a little starkness. 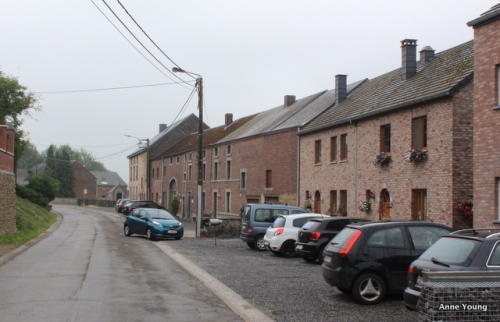 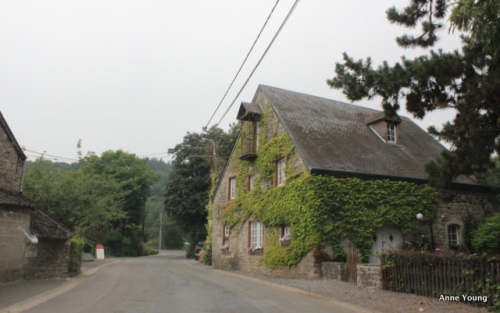 There were other surprises in store.

The roads were lined with youthful walkers toting maps, backpacks, sodden clothes and cheerful smiles. It seemed the local high schools had ordered a mass orienteering exercise. In mixed-gender groups of four to twenty they trod and cycled the roads, seemingly having the time of their lives (apart from that one girl pushing her bike up the hill with everyone else sailing off into the distance).

Others had more stationary pursuits. Fisher(wo)men huddled around a pond, stoic in the rain. 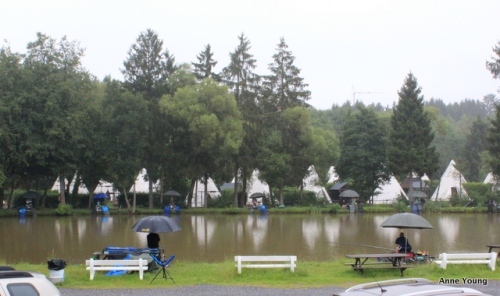 I surmised this was a competition: Who can sit the longest in unpleasant conditions? Who has the largest number of blue, fishing-related articles? Whose lure will a fish happen to swim past and find enticing enough to bite? 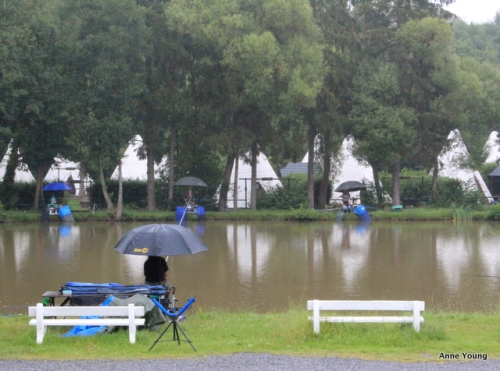 In another town a policeman barred our way, directing us down a side road. A marching band, complete with several heraldic banners but virtually no audience, finally lead us to realise that this was a national holiday. This revelation also gave context to the closure of some town high streets for markets and festivities plus the previous night’s stunning fireworks. The former necessitated some quite lengthy and scenic detours. 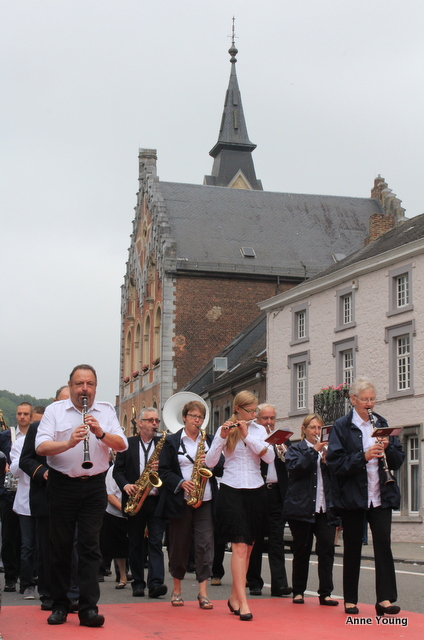 In this vein, we meandered south and the country transformed our straightforward drive into an exploration of its traditions and past-times.

8 responses to “Stumbling Upon a Country”