Washington, where Lincoln contemplates in a Greek-inspired temple. The throng inside does not impinge on the feeling of sacredness engendered by the dim light; the inscriptions of his speeches; his giant, raised presence and the viewer’s knowledge of his deeds. He gazes over the splendid WWII memorial – all water and stone and silent names and frolicking Americans – towards Washington Monument and the Capitol. With his white and shade and flowing marble, one can’t help but experience him as a deity. 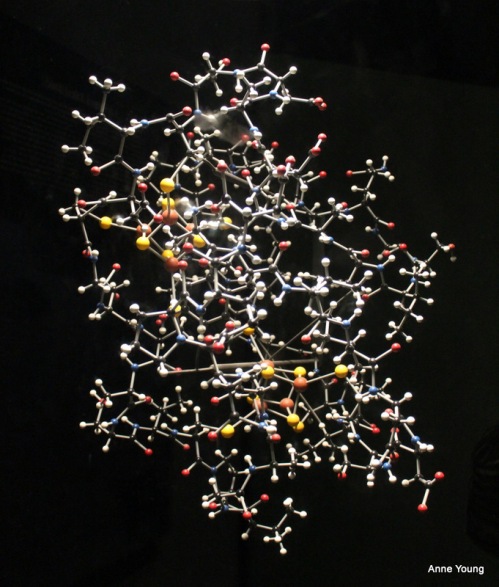 This funky mineral has the gleam of a Brancusi sculpture.

This is how it occurs in nature.

The minuteness of humans is made apparent. 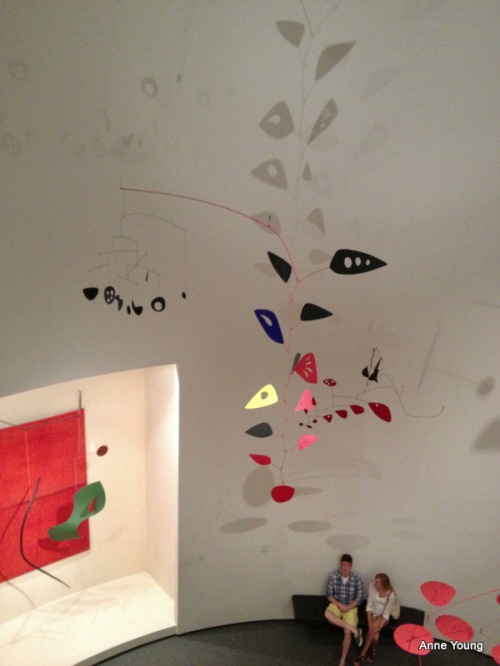 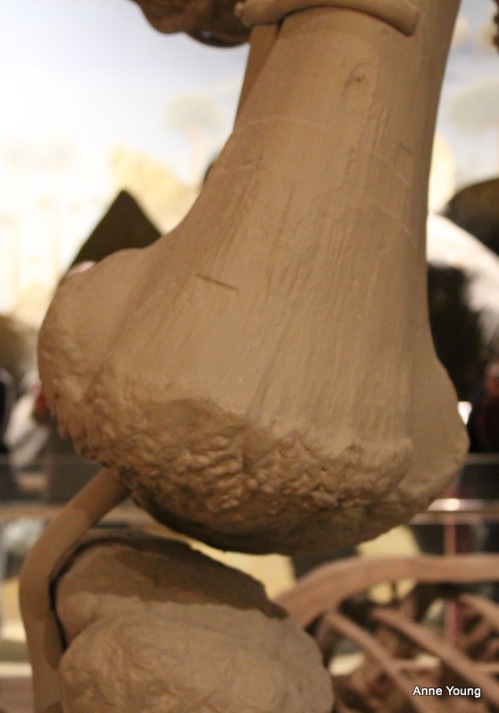 I took this photo looking horizontally from eye height. It is the ‘knee’ joint of a dinosaur.

Fossilised tree trunks are akin to close-ups of paintings.

Many of the thousands of minerals on display resemble abstract art. 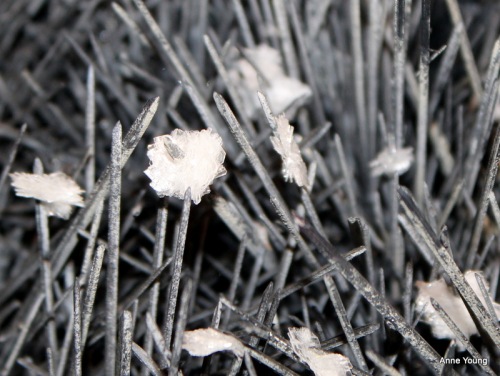 Then, there are the gems and jewellery which are genuine works of art.

Art and nature both have major evolutionary milestones – think cell division and the creation of tools to stamp designs onto clay, the move of animals from sea to land, the understanding of perspective. Some epochs have more popular appeal than others. Not much happens in the ‘Earliest Traces of Life’ section…

but visitors head in droves to the dinosaurs. 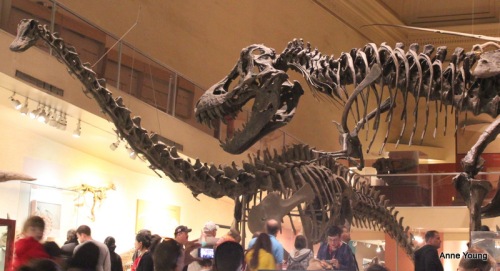 There is a similar disparity in the medieval art and Impressionists rooms.

Washington, where the seat of one of the mightiest offence forces on the planet appears as simply a long, insipid brown building with lots of windows.

Washington, where I stumbled upon the reproduction of Julia Child’s kitchen in The National Museum of American History (I felt the usual absurd thrill of seeing something in the flesh which I had first seen on the screen – the movie Julie & Julia.).

I tried to recall where Julie left the stick of butter to honour (and perhaps appease) Julia. There didn’t seem to be anywhere wide enough for butter to balance. Ask yourself this aloud and quickly: “Where would a bit of butter balance if a bit of butter was a stick of butter and not a bitter butter?” I decided that an American ‘stick’ must be very narrow – as the name suggests – and that it may have perched on the window sill.

In that museum, there is a fantastic room of inventions which includes a display about Thomas Edison. Mechanical types would like poking around in the early engines etc. I gave it best after communing with Mr Lightbulb Man. On the other end of the spectrum, the museum contains dresses from the First Ladies’ Inauguration Balls down the years, as well as some of the crockery they chose for the White House. Fortunately, initiatives of some of these women are also discussed.

Washington, where, unknowingly, one may drink at a bar surrounded by FBI agents.

Washington, where giant pandas hold unintentional court with flocks of visitors. They consume bamboo with an unusual mixture of far-gazing contentment and complete focus. Their hands are endearingly human-like despite being covered in thick black fur and actually looking more like a Muppet’s than a person’s. I think it’s the child-like way they hold the bamboo as they strip off pieces. 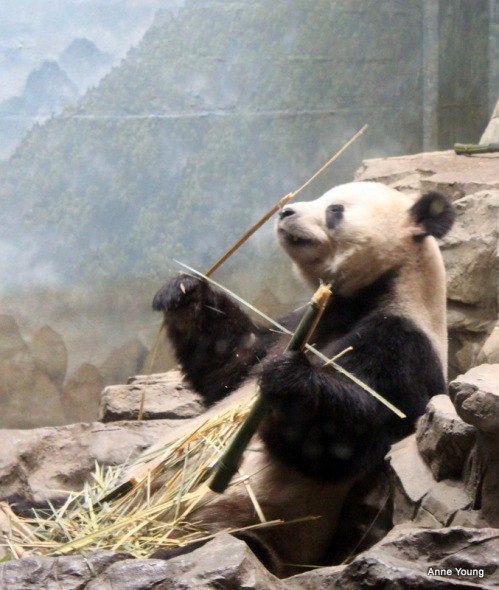 Washington, where the suburbs are lush with trees and gardens and squirrels sport on the lawns. Vines hang over the freeway walls and, from the plane, one sees a knobbly carpet of green in all directions.

Washington, where you ask someone for help and they keep an eye on you, or pop you under their wing: the old couple from out of town who helped me in the subway then checked again later and offered to accompany me to change train lines; the young woman who explained the various U.S. coins and laughed with me about the unrelatedness of size and value; the bus driver who told me when I needed to get off and what direction to walk; the old lady who chatted to me on the bus about her home suburb; the man strolling to the zoo who called to me down the streets and gesticulated when I looked like turning the wrong way; the biker who posed a packet of rolled oats on his bike and took it in his stride when I referred to the packet as ‘he’; the stationmaster who, as I worriedly babbled about the moneyed-up train travel card I had accidentally demagnetised, looked at me and said, “I could listen to you all day,” and meant, not that he didn’t believe me, but that he enjoyed my accent.

Washington where information, experiences and kindness are free.

This entry was posted in USA and tagged art, dinosaurs, life, links, museums, national gallery of art, national museum of natural history, travel, Washington, what to do in Washington. Bookmark the permalink.

20 responses to “Washington Where”