Still full of vim after his days of hard travel, Sir Porridge, AK, was up early for a bracing sit and portrait on the Ceduna jetty. 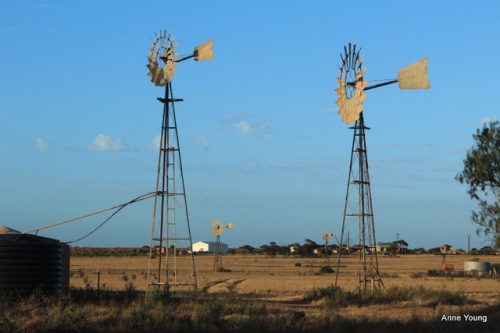 The windmills at Penong serve art rather than function.

Australian snails buck the shade-seeking wisdom of millennia at the local cemetery.

The true hazards of Sir P’s journey became apparent as he left Penong. 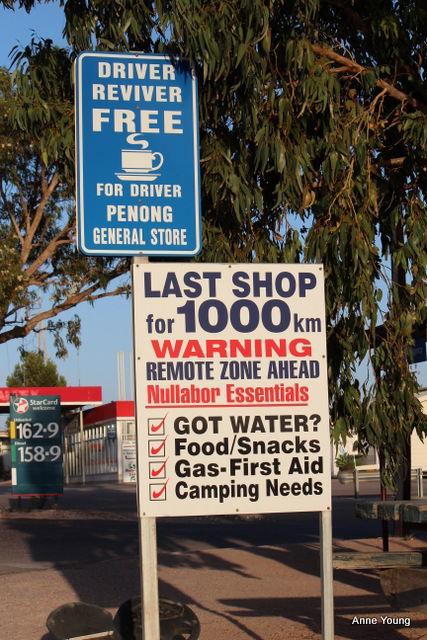 Never a heavy consumer, Sir P was unrattled when leaving behind his last opportunity to spend wildly.

Oversize but not too wide to obstruct the knight. Westward!

The joys of the open road. 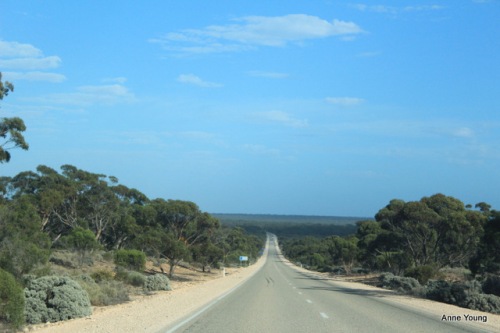 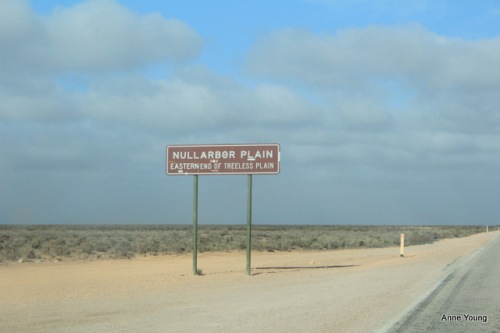 No problem for Sir P; the humpy little bushes provide enough shade for his diminutive form.

“So come and take possession of the old bullock dray.” This strange collection of words from a song I learnt in my childhood and which I wager no drover ever uttered to another, sprang to mind when Sir Porridge leapt aboard said dray at the Nullabor Hotel/Motel. Positioned securely in the upright metal loop (which surely has a proper purpose-based name), he imagined memories of droving cattle and delivering goods across the outback.

Out the back, something entirely different was going on: hole five of Nullabor Links, the longest golf course in the world. This 18-hole golf course spans 1,365 kilometres along the Eyre Highway, from Ceduna in South Australia to Kalgoorlie in Western Australia. Sir Porridge, who is something of a sportsman, couldn’t resist the call of the club despite leaving his plus fours at home. 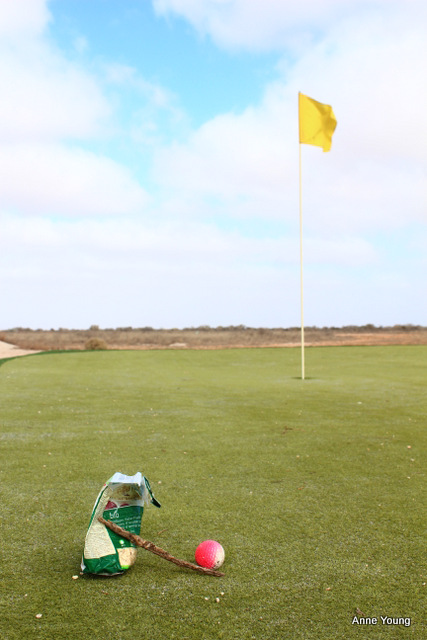 Crows drink from the windscreen washing bucket in the heat. I hope they brought cash. 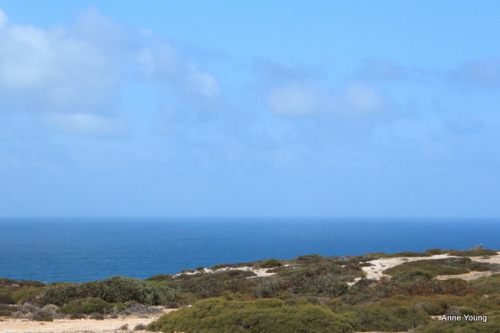 A glimpse of the Great Australian Bight from the highway.

The prancing camels were in hiding too. 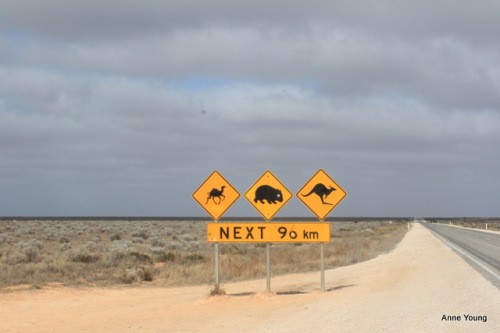 But the big kangaroo came good with a cordial invitation. Not as comfortable as the traditional fur, her concrete pouch was nevertheless cool and spacious.

Wedge-tailed eagles enfolded great scoops of air as they rose slowly and gracefully. (Sir P. felt a stirring in his flakes at the thought of unassisted flight.) 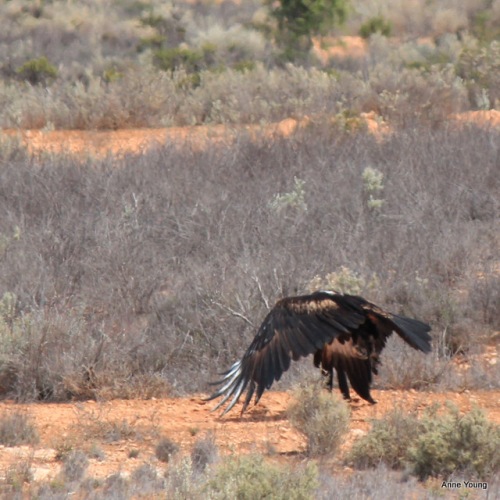 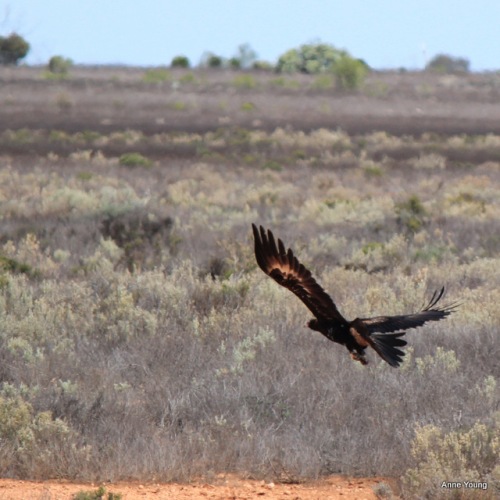 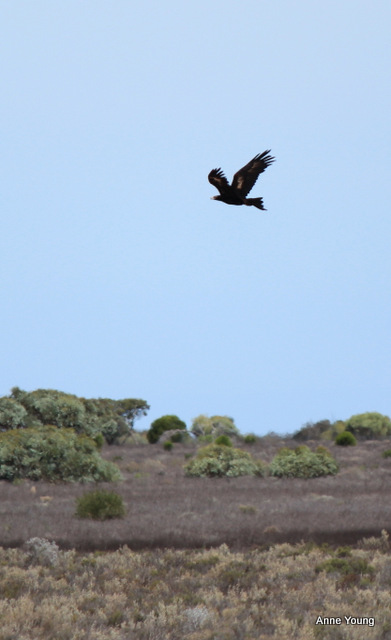 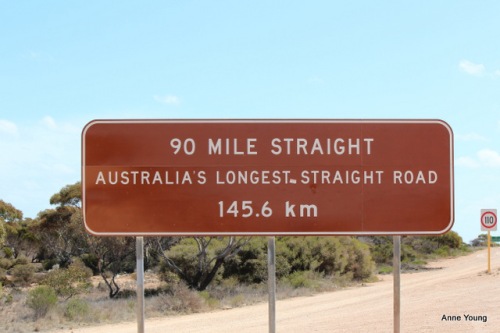 The knight rode into Norseman on the steed that gave the town its name. A gust of wind blew, and lacking stabilising appendages, Sir P took a tumble. He gamely remounted (one must, you know) and cantered off into the scrub – a true horseman…The horseman of Norseman, if you will. 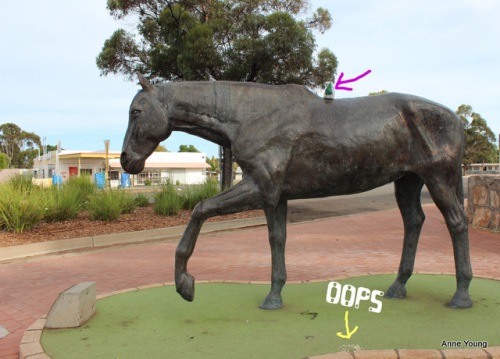