A Gaggle of Locals

I appreciate a misnomer as much as the next person and this is a splendid one. This river doesn’t ooze but I am always transported to medieval times when I hear its name, as if it was then a sludgy, slow-moving, reed-filled cesspool limping sore across the pristine Yorkshire countryside.

Actually, the Romans built jetties along it and it was an important trading centre for the Vikings then the Normans in the middle ages. It was only later that it started to silt up and prevent the passage of large ships. The modern eye cast over its surface will observe it flowing unimpeded – much as its Celtic name meaning ‘water’, suggests.

Strolling on the banks. 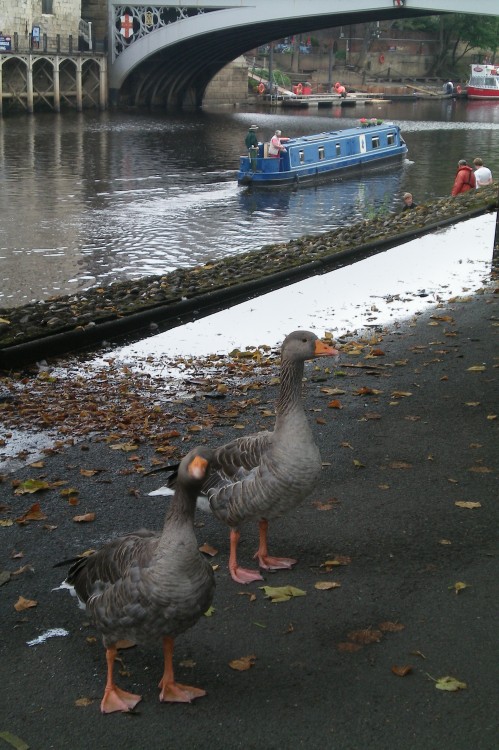 Huddling on the banks.

This is a river that does not live down to its name.

This entry was posted in England, I Spy, I Hear, I Smell, I Taste and tagged architecture, birds, boats, canal boats, England, rivers, travel, York, Yorkshire. Bookmark the permalink.

4 responses to “A Gaggle of Locals”